Stacey Cahn is the executive producer of Time in a Bottle Video Productions® which she founded in 2009. A veteran broadcast news journalist, Cahn was one of the original producers at CNBC, and banking on that success, helped launch the Fox News Channel. 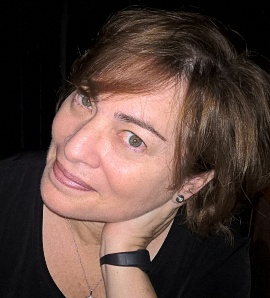 Stacey Cahn began her career as an anchor and reporter on legendary rock stations WLIR-FM and WNEW-FM in New York and was one of the youngest correspondents on the NBC Radio Networks where she honed her writing and interviewing skills. Cahn has interviewed a range of newsmakers including celebrities, politicians, scientists and business leaders.

In 1998, she founded Cahn Media where she strategized, wrote, shot, voiced and produced short and long-form corporate videos for Fortune 500 companies in fields including healthcare, technology, finance, construction and entertainment.

Sees life through a different lens

The story of Time in a Bottle Video Productions® starts on September 11, 2001, when Stacey Cahn found herself witnessing the World Trade Center collapse from her apartment directly across the street, seeing first-hand how life can change in the blink of an eye.

Cahn realized all of the stories that changed that day, many that were lost, and shifted her focus to telling stories that could have a positive impact on the lives of others, and eventually founded Time in a Bottle Video Productions®, with a focus on documentary-style video for legal cases, businesses and life stories, reflecting her professional expertise and personal interests in new forms of narrative and visual storytelling.

She is especially committed to helping those who have been wrongfully injured tell their story clearly and passionately to mediators, jurors and judges. Cahn also has a passion for finding out what makes people tick and considers a video diary a wonderful way to not only capture milestone moments but as a way to leave loved ones your story, in your own words. She has edited life stories on short notice to be shown at funerals.

A New York native, Stacey Cahn is a graduate of Cornell University. Cahn currently resides in Tampa, Florida where she still can't believe she has bananas growing in the backyard of the cozy bungalow she shares with her husband. Stacey tries to live by Grandma Cele's adage, "A day is wasted without laughter." (She lived to 99).

Contact Stacey about your video production needs. The initial consultation is complimentary.

Get in touch with Stacey Cahn today for more information on business, legal, and personal video production services.

Travel is part of the job, especially during these challenging times. Time in a Bottle Video Productions can come to you. There are creative ways to complete a project, even with social distancing.

Give us a call. We can talk about the details.

Contact Stacey about your video production needs. The initial consultation is complimentary.